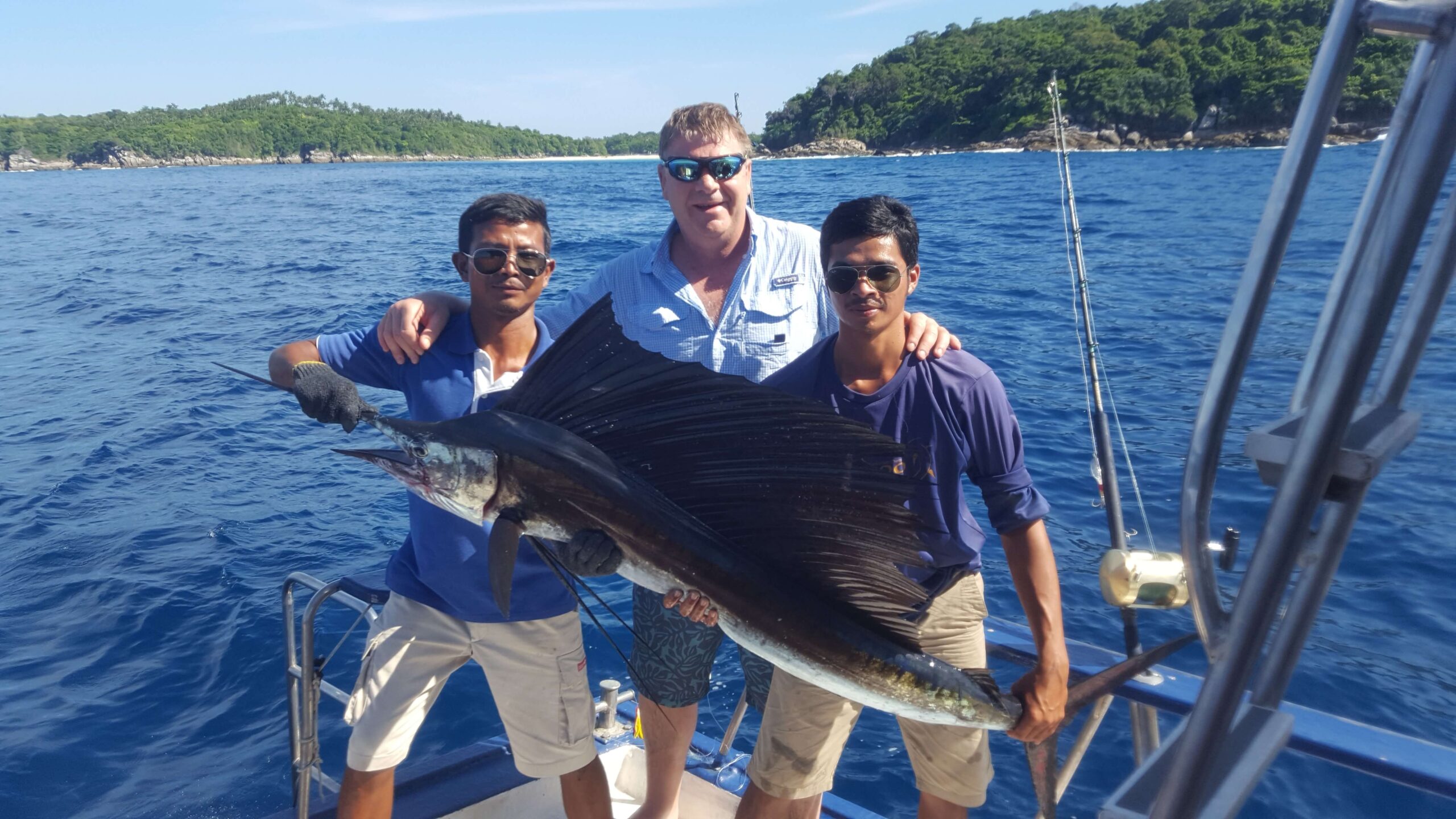 Thailand is a beautiful country and top of many holiday makers’ ‘must visit’ lists, but it’s not always known as a prime fishing location. It should be. The fishing here can be incredible. Combined with the wonderful weather and scenery it’s an angler’s dream.

The best fishing in Thailand is found off the coast of Phuket. Depending on time of year, Thailand offers the opportunity to catch various tuna species, swordfish, sailfish, barracuda, mahi mahi, and the holy grail of pelagic fishing: marlin. Dream fishing. I headed to Phuket in October, right at the start of the marlin season. My target species was ‘anything with a pointy nose’ – of course I’d love to catch a marlin, but it was a long shot to say the least. Instead, I set my sights on a sailfish; a majestic fish to catch in its own right.

On the day of the trip I was picked up from my hotel by a slightly dishevelled, but cheerful, British ex-pat in a minibus. I was then shuttled across the island to the boat. The crew were already aboard getting everything ready and I met the only other angler on the trip that day – a chap named Michael. We were actually outnumbered by the crew! I popped a seasickness tablet, cracked open a beer (don’t judge – I was on holiday!) and got ready to set off.

We were trolling big, colourful lures from 4 rods hoping to attract a predator. While we waited, we sat around soaking up the sun, chatting and drinking. Bliss. Around an hour after setting off however, the calm gave way to commotion: fish on! The captain killed the engine and a crew member made sure the hook was set before handing me the rod. This was it.

If you’ve never experienced exotic fishing, you may not grasp just how strong these animals are. This ain’t your standard pollock! I didn’t know at that moment, but I was fighting my first tuna. And fight is the right word! The fish was powerful and took a real effort to land – and it wasn’t even that big! But eventually, the fish succumbed to the effort and was hauled aboard. 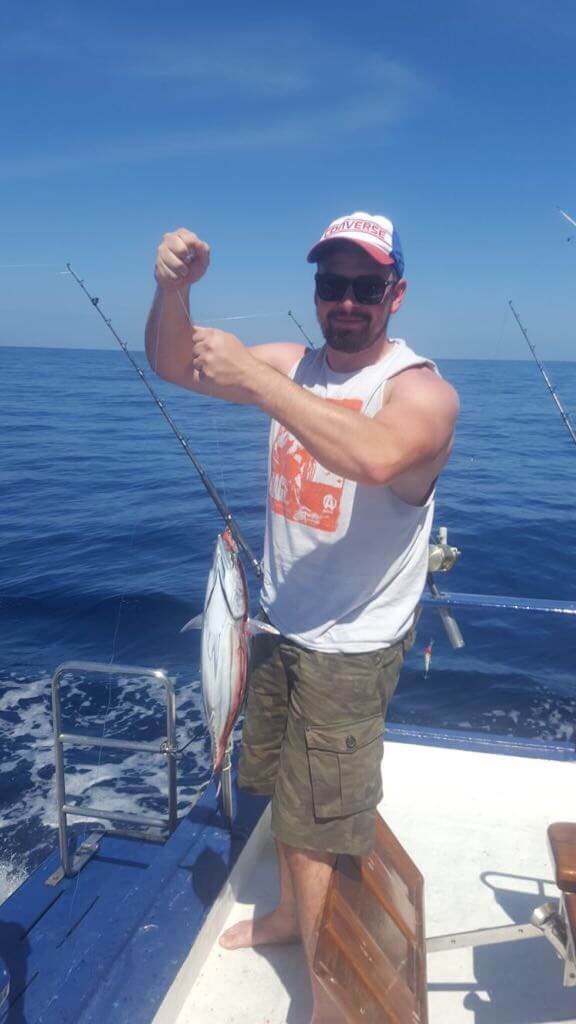 A beautiful skipjack tuna. A stunning fish, prized for its fight as well as its flesh. What’s more: this one was going to be lunch. The fish was expertly processed by one of the crew. The skill and control of the knife would have been exceptional even in a commercial kitchen. This guy was doing it on the back of a boat bombing it through the Indian Ocean! Amazing.

A short while later we were presented with a perfectly prepared tuna steak. Again, it is unbelievable that this was all done on a moving boat with a ‘kitchen’ smaller than a port-a-loo! Alongside the cooked steak was another treat that was even less expected. A huge plate of raw tuna! I’m happy to report that it was quite delicious. And with only 30 minutes from sea to plate, it doesn’t get any fresher. 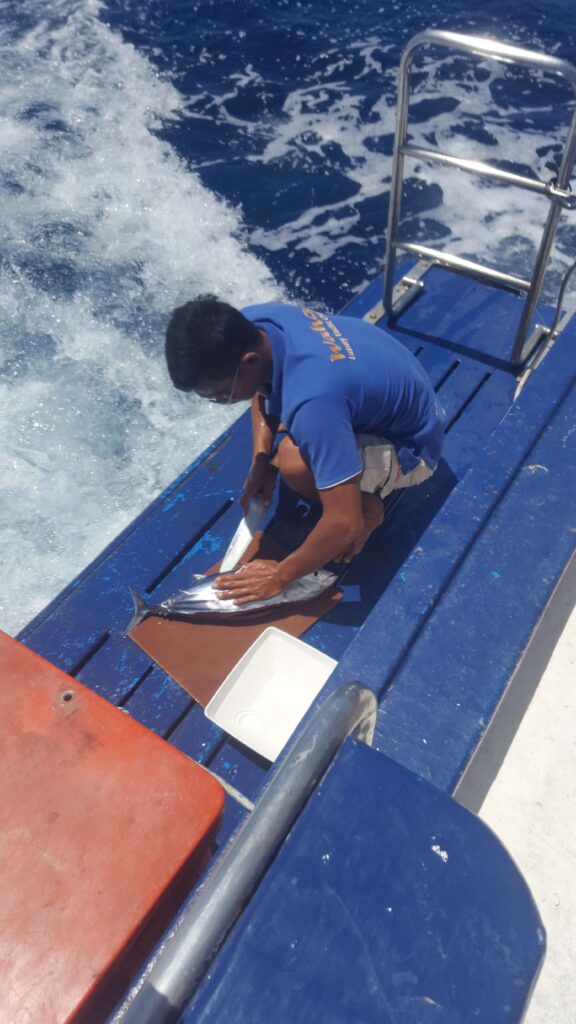 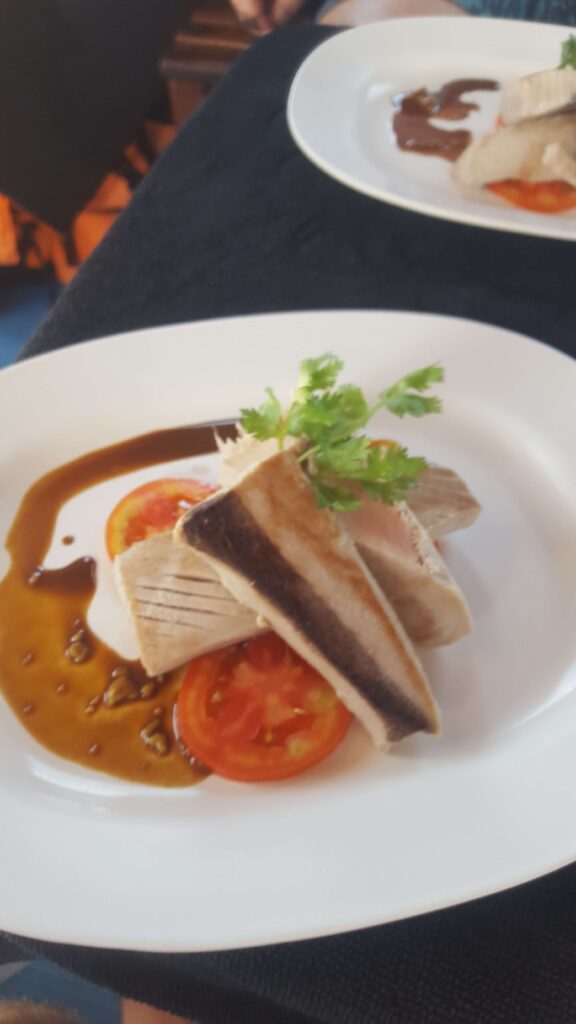 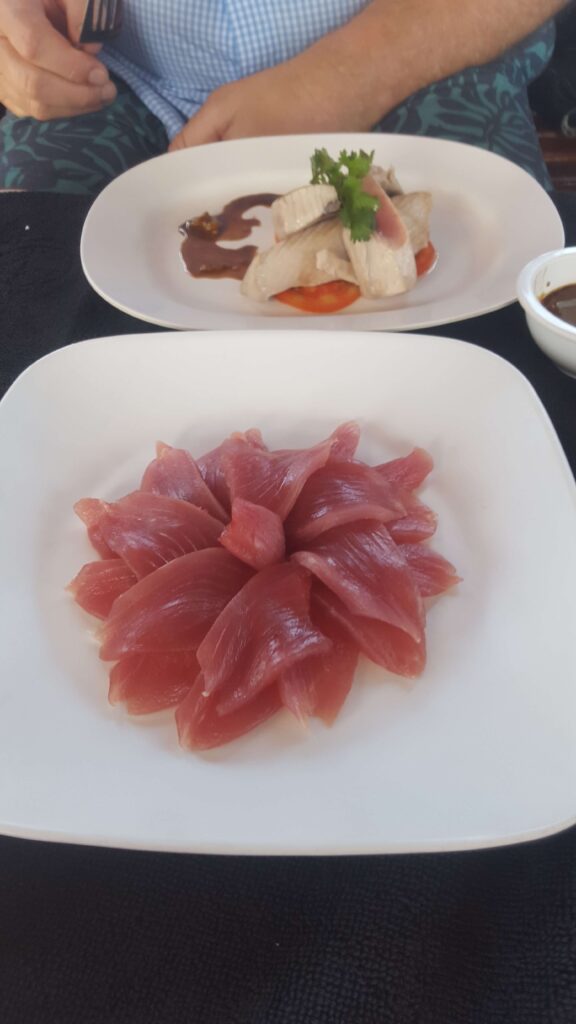 After lunch we arrived at the half-way point of our Thai fishing adventure. For around an hour we were anchored and had an opportunity to do some snorkelling in the crystal clear water. I saw a terrific range of fish in such a small area, including a moray eel and a sea snake. I steered well clear! It was a brilliant experience and a privilege to witness the wildlife.

The second half of the journey was the return leg, back to the port. The lures were back in – last chance to catch something big. Shortly after we set off, one of the rods nearly doubled over with a thunderous take. Once again it was a flurry of activity. This was clearly a better fish. Unfortunately it wasn’t my turn! The fight was even longer this time and for a while we weren’t sure what we had hooked. That all changed however, when the fish launched itself majestically out of the water. It was a sailfish. A while later, after an epic battle, the beautiful creature was beaten. 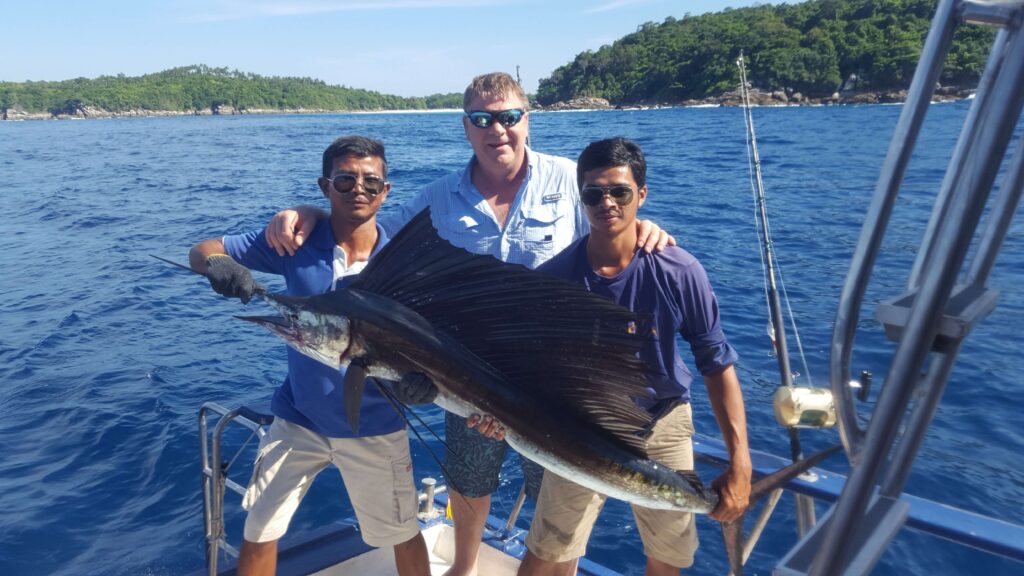 The fish was safely released to fight another day. I spent the rest of the journey back hoping beyond hope that another of these magnificent beasts would take the lure so I could land one of my own. Alas, it wasn’t to be. But nonetheless, it’s hard to be disappointed when you get to witness an animal like this up close.

But I can’t wait to get back out there to have another go.